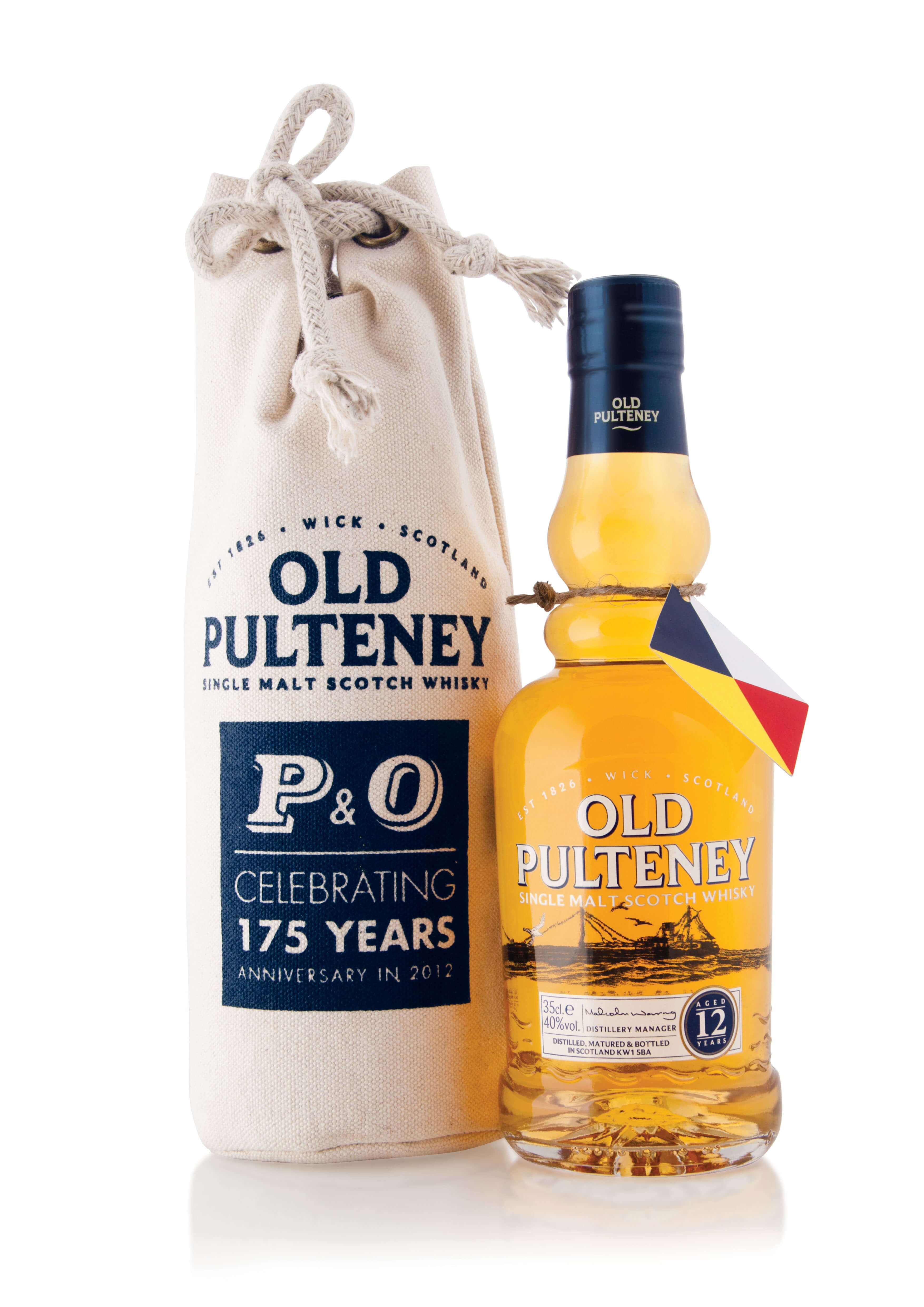 As you know, here at Old Pulteney we are incredibly proud of our sea-faring heritage. That’s why we were absolutely delighted when we were asked by P&O Ferries to create a limited-edition gift pack for their 175th anniversary celebrations this year.

P&O Cruises’ own nautical roots date back to 1837 when the company’s founding fathers, Arthur Anderson and Brodie McGhie Willcox, were awarded the British Government contract for a weekly mail service to the Iberian Peninsula.

Only 1,000 of the celebratory gift packs – featuring 12 year old single malt specially selected by our Distillery Manager Malcolm – will be available exclusively on P&O Ferries voyages from April 2012. The whisky is presented in a suitably nautical way, in a traditional cream canvas sailing bag, specially printed with P&O’s retrospective maritime flag.

Malcolm tells us the malt is dry, medium bodied and smooth, faintly salty with a slight spicy note, and a long-lasting warm finish. The perfect present from one Ancient Mariner to another – Happy Birthday P&O! 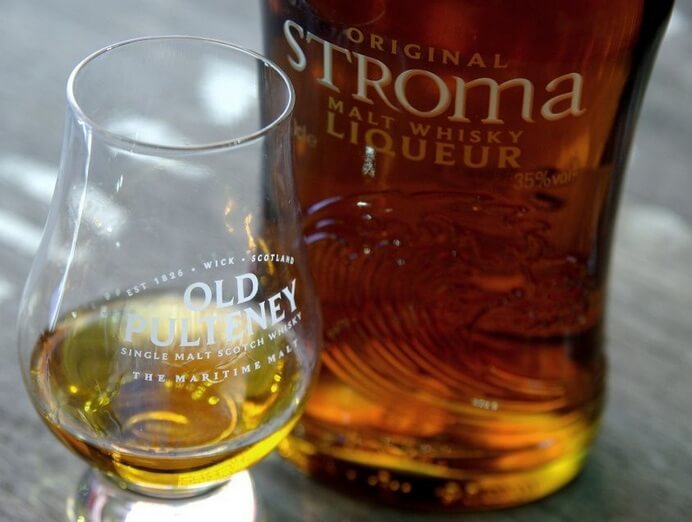 Making a Seasonal Splash with Stroma

Just in time for the festive season we have updated our award winning Old Pulteney malt whisky liqueur. 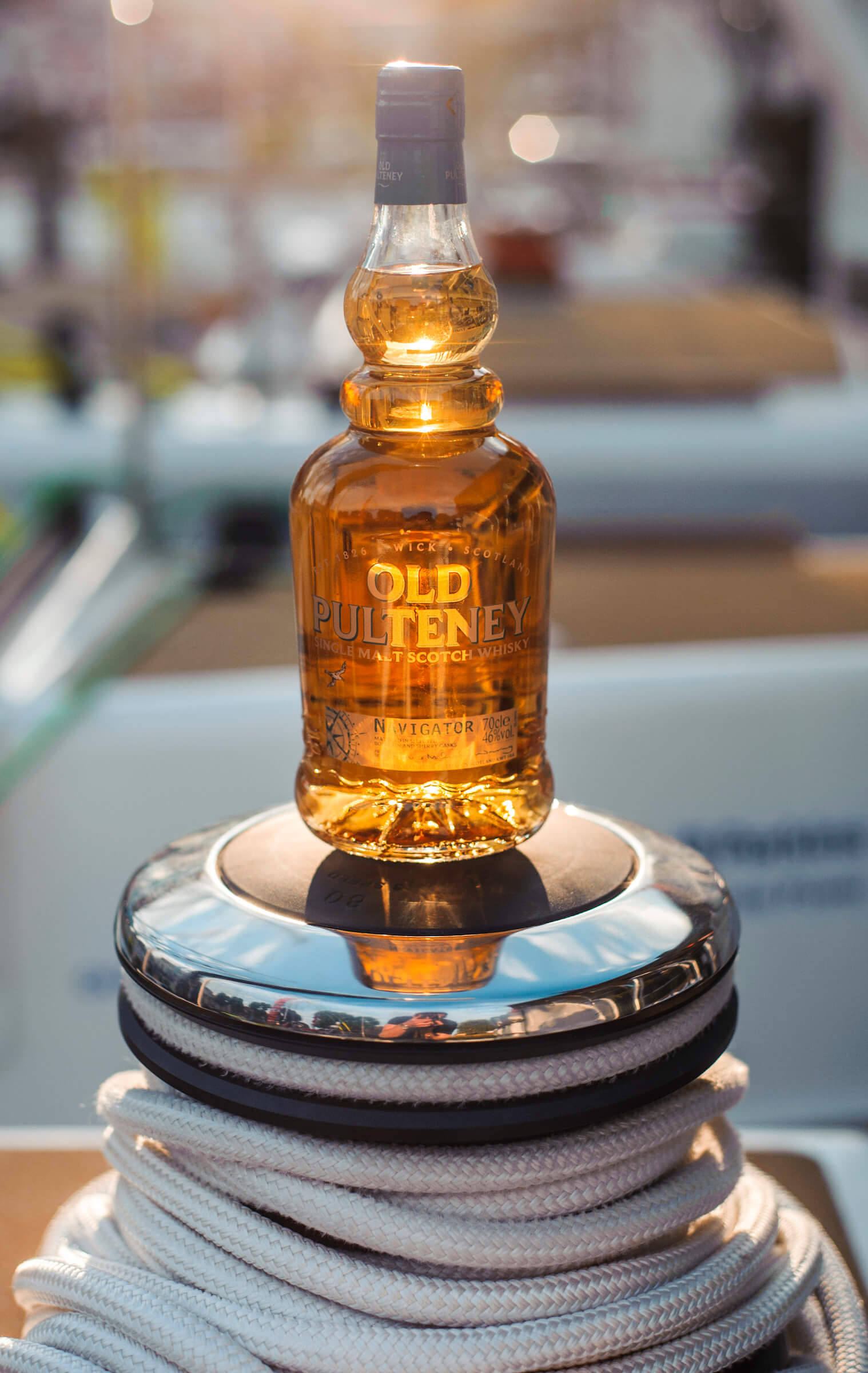 The annual J.P. Morgan Asset Management Round the Island Race is a special gathering of people from across the sailing community and beyond. 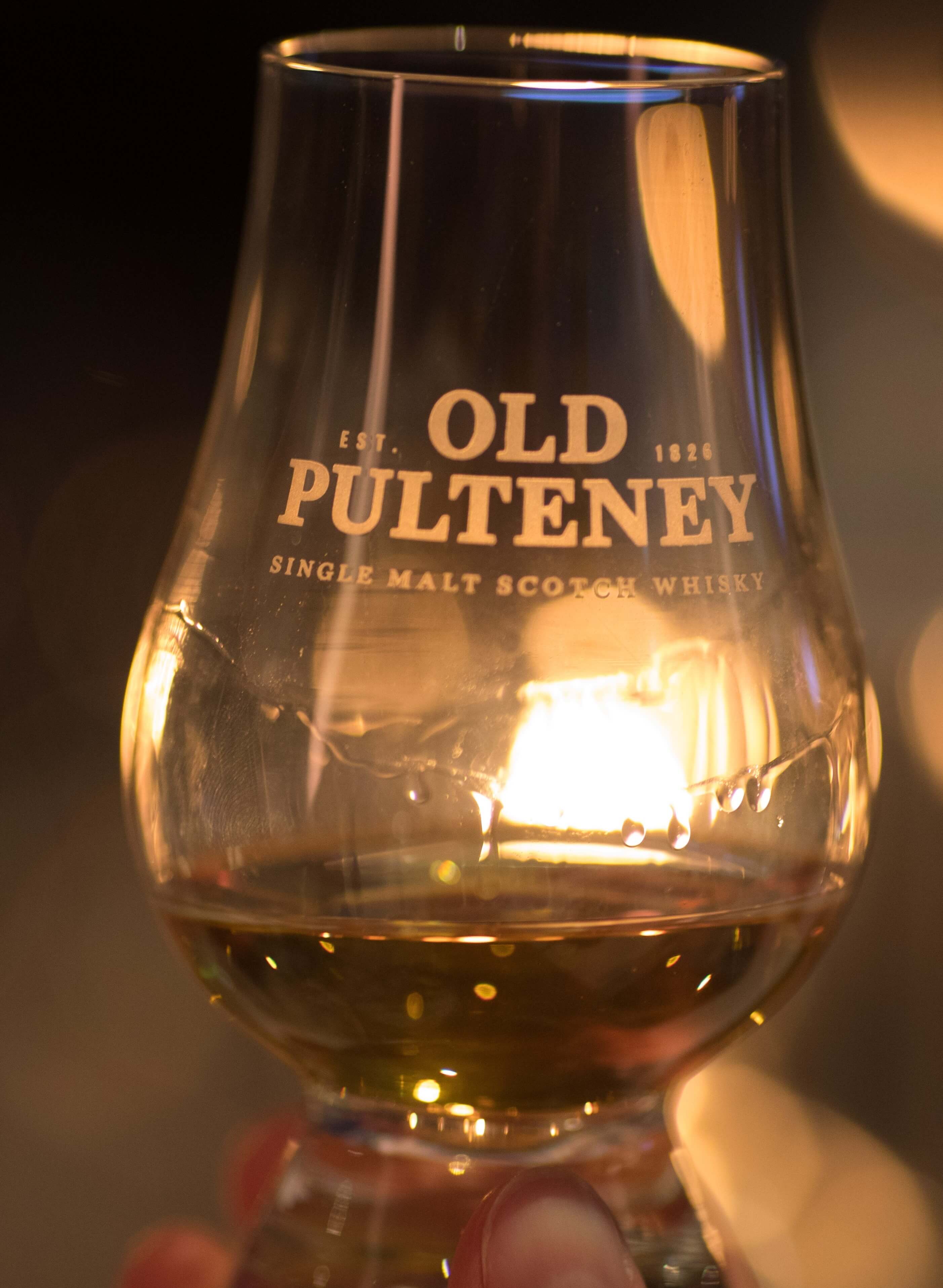